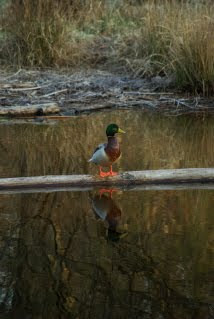 Happy Friday! One thing for sure about winter is there is no shortage of the beautiful mallard ducks at local ponds or streams!
I photographed this mallard as he posed for me. He had this look like, "here I am, grab my beautiful picture!"
"Walney's Mallard's"
Posted by Allen Pearson at 9:18 AM No comments: 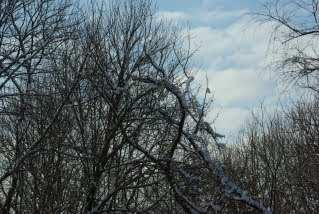 Yesterday's storm didn't prove to be much of anything for our area. A light dusting of sleet and snow, maybe a 1/4". Noah didn't get his usual morning walk with snow/ice on the sidewalks and I slipped and slid, as usual, out of the neighborhood on my way to work. A few places I wondered why I was there and if I should just turn around and go back.
A few weeks ago, I took a photography class at the Meadowlark Botanical Gardens. I got there a bit early and decided to use the time photographing the garden or at least looking around. We'd just had a snow and I was anxious to photograph something unique for the season.
Studying the area around me, I found it. Once again, the trees in winter have given me an interesting photograph. Take a look at this image, do you see anything unique? OK, do you see it?
"OK"
Posted by Allen Pearson at 4:32 AM No comments: 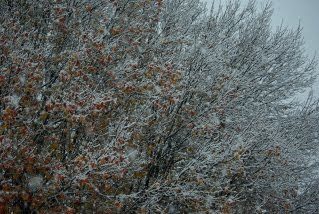 The weather over the past few days coupled with the groundhog not seeing his shadow on Feb. 2, made you think that maybe winter was coming to an end, an early spring.
Apparently, not so. Winter is still here. We're in for another storm tonight with ice and a couple inches of snow. The worst is supposed to go north.
Winter has it's own beauty -set apart from the other seasons. Yes, the snow is beautiful, but if you look close or even pay more attention, you can see it's beauty all around you. The designs of the bare tree limbs as they reach the skies seem to tell a story all their own, while birds who normally hide in it's foilage are in full view for all to see. The colors of gray, white, brown, rust are all part of the season that usually brings cold temperatures and harsh storms. The colors aren't drab but add just a touch of spice to the landscape which may soon be covered in snow again before heading out and allowing springs beauty to sneak back in.
Posted by Allen Pearson at 9:58 PM 2 comments: 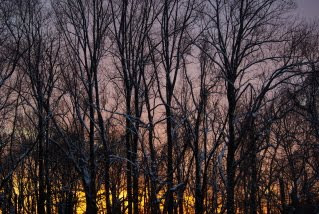 Am I Being Watched? 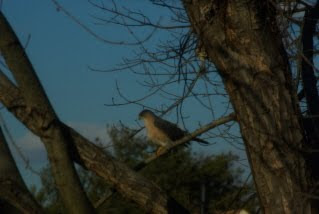 Sometimes when I am working in my studio, I feel like someone is watching me. I am not paranoid and my studio is on the second floor overlooking a garden, yard and trees. So, there's no reason to feel like someone was watching me. So, I ignored it.
One Sunday, my cat become curious about something outside and was looking up. I began feeling like I was being watched.
And. there it was. A Coopers Hawk had landed in a Maple tree and was surveying the yard and garden for a meal.
"Am I Being Watched"
Posted by Allen Pearson at 9:42 AM No comments:

Flames in The Snow 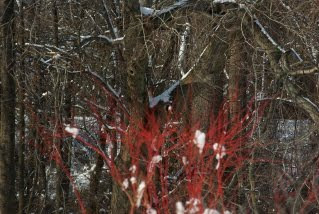 While photographing at a local park a few weeks ago, I saw what I thought was flames!! Obviously, it couldn't be flames or a fire as there was snow everywhere!!
I looked again and discovered this tree with red branches looked like flames. When I finished shooting and was going through the images, I discovered that a slightly blurring of the tree really made it look like flames.
"Flames in The Snow"
Posted by Allen Pearson at 4:04 AM No comments: 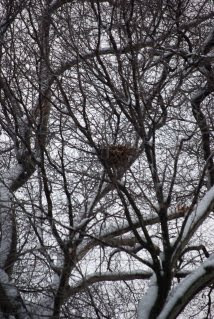 When I was photographing one afternoon a few days after a snowstorm, I noticed this bird's nest high in a tree. During the rest of the year, it's hidden by leaves.
I thought the beauty of the snow, tree limbs and the nest created a great image.
"Winter's Bird's Nest"
Posted by Allen Pearson at 3:51 PM No comments: 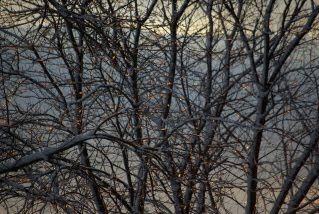 What I will remember about January 2011 is the brutal storm which happened on Wed., Jan. 26. Nothing could have prepared you for what was about to happen. I've lived in the Northern Virginia area for nearly 41 years and can't remember a storm like this. Since weather and nature are interests of mine, I remember the "bad" or "historic" storms we've had over the years.
This storm was forecasted and the weathermen did a good job letting us know it was coming. But, even their warnings didn't really prepare us for what was about to happen.
When the storm hit, which was about 4 p.m., it seemed to be a mix of snow-ice-rain as it looked like the ice-snow was falling like it was raining. When it hit, it stuck as the ground and roads were cold enough. Changing eventually to snow, we had 2" per hour fall. It quit snowing about 8 p.m., it was a glorious site. Not for those who were stuck out in it.
The next day, as the sun was peeking through the clouds, I was captured this image.
"The Snow's Sun Drops"
Posted by Allen Pearson at 6:10 AM No comments: 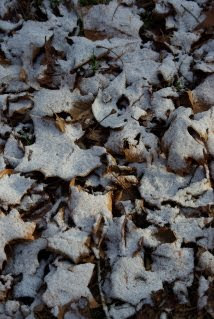 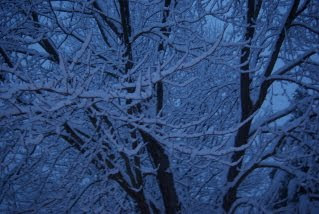 Icicle in The Snow - Historic Winter 2010 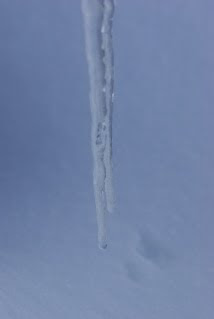 One of my favorite images from last winters storms was this one, taken after the February 7 snow. The snow, in it's pure form and not mixed with ice as it often is around here, was beautiful though I would opt for a hot summer day anytime.
"Icicle in The Snow"
Posted by Allen Pearson at 6:00 AM No comments:

WATCH WHERE YOU ARE WALKING- Winter's Simple Beauty 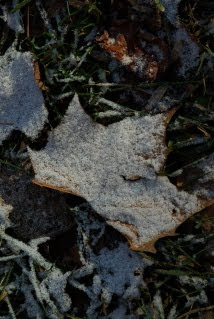 Watch where you are walking!! Take a look down! You could be missing some of nature simplest beauty, snow on a leaf or log or the fall leaf, you just never know, so WATCH WHERE YOU ARE WALKING! What beauty of nature have you found while walking?
"Snow on a Leaf"
Posted by Allen Pearson at 5:21 AM No comments: