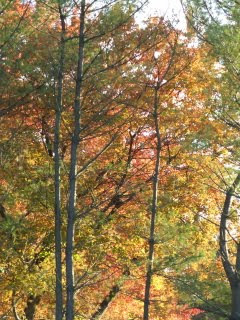 Matthew 5:16 (NKJV)
16 Let your light so shine before men, that they may see your good works and glorify your Father in heaven.

On his way to work one morning, a man purchased his usual newspaper and went on his way. To his dismay, he discovered that he had accidentally taken two newspapers instead of one. He immediately got in his car, drove back to the store and returned the extra paper. About a week later, someone stole money from that same store, and when the grocer thought through the patrons who frequented his store, he immediately dismissed the man as a suspect, saying, "That man is really honest. He came all the way back here just to return a newspaper he took by mistake."

Everything we do in life becomes evidence of who we truly are. What does our life's evidence say about us? Does it say that we merely profess to be a follower of Christ or does it reveal our love and true devotion to Him? While our goal should not be a morally perfect life, we should strive to have a walk with the Lord that is consistently growing and changing to resemble the One whom we serve.

13 Therefore gird up the loins of your mind, be sober, and rest your hope fully upon the grace that is to be brought to you at the revelation of Jesus Christ; 14 as obedient children, not conforming yourselves to the former lusts, as in your ignorance; 15 but as He who called you is holy, you also be holy in all your conduct, 16 because it is written, “Be holy, for I am holy.”[a]

A man's life is always more forcible than his speech. If his life and doctrine disagree, the mass of onlookers will accept his practice and reject his preaching.
- C.H. Spurgeon
Posted by Allen Pearson at 4:29 AM