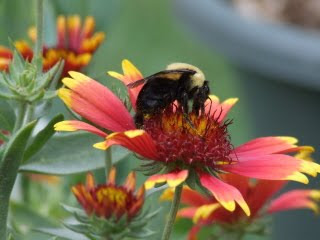 I am so glad it is Sunday. I look forward to it, usually beginning on Monday morning around 8 a.m. ish. Why? I love going to church on Sunday mornings, been doing it every Sunday since I was a little boy through life to now (for the most part). I go to learn more about Jesus and God and to strengthen that relationship. A week without going to Sunday School and a Worship Service just lacks the fellowship and relationship I need. I tend to like the traditional worship with piano, organ, choir and hymns. (nothing against contemporary - uncle Jack). Anyway, the fulfilling spirit from attending church on Sunday with my wife is unmatched by anything else. My wife and I attend Ox Hill Baptist Church.
One of the main things I love about Sundays is just being with my wife. We usually go to lunch somewhere but not much else, but we are together. And it's great to just be together. She adds beauty to my life and the day like none other.
The other thing I love about Sundays is the time to do "nothing" or something that I enjoy. During the warmer months, I spend most Sunday afternoons in my gardens. The nap in the swing is always first priority. Then, I usually weed, deadhead plants, clean out the bird baths and feeders. During the cold months, I like to read, watch TV and sometimes do some photography in a local park.
It's the day. The day for church, spending time with my wife, and just enjoying life is here. May you have a blessed Sunday.
Posted by Allen Pearson at 6:17 AM No comments: 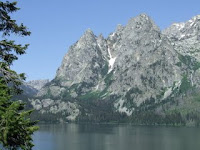 "Pray for us: for we trust we have a good conscience, in all things willing to live honestly." (Hebrews 13:18)

It ought to go without saying that a Christian should live honestly in all things. Apparently it does need saying, however, because the Scriptures contain many such references. For example: "Provide things honest in the sight of all men" (Romans 12:17). For the sake of one's Christian testimony before other men, it is vital that utter honesty must characterize his life. Even if men cannot see our little acts of dishonesty, God can, and so even our secret actions must be "providing for honest things, not only in the sight of the Lord, but also in the sight of men" (2 Corinthians 8:21). "Finally, brethren, whatsoever things are true, whatsoever things are honest . . . think on these things" (Philippians 4:8).

We live in a corrupt and cynical society where genuine honesty is rare. Petty pilfering at the office, cheating on taxes, plagiarizing, loafing at the job, padding expense accounts, cheating on tests, cutting corners on obligations, breaking promises, exaggerating--the list of petty dishonesties is endless, not even to mention the crime and major corruption so prevalent today almost everywhere. In such an environment dominated and conditioned by a humanistic educational system, unsaved persons easily adapt to such questionable practices, for "unto them that are defiled and unbelieving is nothing pure; but even their mind and conscience is defiled" (Titus 1:15).

But when Christians do such things (and, unfortunately, they do!), those same people find it scandalous, and blaspheme the gospel because of it. How vital it is for Christians to become scrupulously sensitive about even the smallest matters. This should, in fact, be a major item of daily prayer, as in our text for the day.
Posted by Allen Pearson at 7:27 PM No comments: 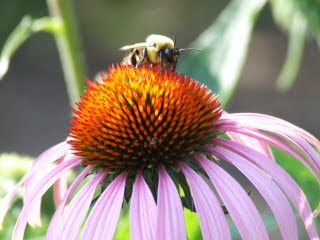 Tomorrow will be my first Artist Reception. The show is called "Creation Sings!!" and is based on the beauty of nature. Here is a poem, of sorts, that I wrote for the occasion:
“Creation Sings!!”

All CREATION SINGS to the Heavenly Father
From the majesty of nature.

All CREATION SINGS to the Lord Jesus Christ
From the ice and snowflakes of winters storm.

All CREATION SINGS the Magnificence of His Presence
From the mighty rushing winds of winter.

All CREATION SINGS praises to the Almighty
From the warmth of the early Spring Sun.

All CREATION SINGS to the Highest of Heavens
From the daffodils and tulips of spring.

All CREATION SINGS to the GOD of the Universe
From the rocks of the rivers.

All CREATION SINGS to the One Who Is and will Always BE!
From the clouds and constellations of the skies.

All CREATION SINGS in honor of the Creator,
As the heat of the summer warms the land.

All CREATION SINGS for the Majesty of our Lord Jesus Christ
From the red, gold, brown and orange leaves of fall.

All CREATION SINGS to the God of Creation
From the wildlife creatures of the world.

All CREATION SINGS to the GOD who loved the world so much that
He gave His Son so that we may have eternal life.

All CREATION SINGS to the Lord Most Holy
Who reigns forever and ever. 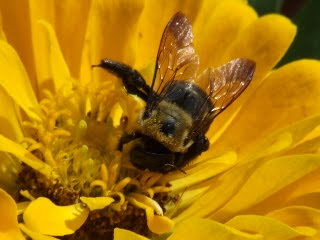 My first exhibit as an artist photographer is happening at Convergence: A Creative Community of Faith in Alexandria, VA, now through September 30, 2009. The artist reception is on Sunday, September 13, 3-5 p.m..
"Creation Sings!!" is about the unique beauty of nature that we all see as we are going through our hectic daily schedules. The exhibit features photographs of flowers, birds, fall, and butterflies as well as from the National Parks like Yellowstone, Yosemite, Grand Tetons. Living in Virginia, we don't see these National Parks everyday or go anywhere near them, but these images bring extra beauty to my life as I have had the opportunity to travel.
At the artist reception, Pianist Mary Dart and I will present "A Journey through Creations Song!!" which is a slide show presentation of nature's beauty with piano music. Mrs. Dart will be playing various hymns, classical, and jazz pieces from 3-4:30 p.m. to give my work some background beauty. The idea is to create a quiet time away from your hectic schedule to enjoy nature.
I hope to see you at the Artist Reception. Would be great to meet you.
For more information, go to http://www.allenpearsonsphotos.com/.
Convergence is located at 1801 N. Quaker La., Alexandria, VA. http://www.convergenceccf.net/, 703.998.6260. Take I-395 North to King St. toward Alexandria, to a left on N. Quaker Lane.
Posted by Allen Pearson at 5:15 AM No comments: For years, My wife and I have kept bird feeders in our back yard. At the same
time, we have also had a small population of squirrels. We didn’t voluntarily get the squirrels. They just showed up one day and liked us so well, they decided to stay.
Now, many people think of Squirrels as dumb little animals. They are little, but they are not dumb, as my experiences have proved. Actually, they are very agile, fast, determined and destructive little animals, who think they are entitled to everything especially bird seed in bird feeders.
For a long time, I tried to keep the squirrels away from the bird feeders and save the seed just for the birds. Imagine my thinking this! The squirrels did not wish to cooperate and I was forced to try several desperate measures. These were:
(1) Surviving with acrobatic squirrels: Our bird feeders are on posts. Some hang by cords, and others sit on top of the posts. Our squirrels had to run and try to make the big jump from the ground to the feeder. Usually, they would get to the feeder and eat the bird seed while throwing some on the ground just for good measure. On rare occasions, they would eat “leftovers” on the ground, but they really preferred to dine in class inside the main feeder
(2) Placing plastic cola bottles on the posts. Someone suggested we place 2 liter soft drink bottles on the bird feeder posts to stop the squirrels if/when they tried to climb. We tried this and it worked - - for a little while. I placed the bottles on the posts about halfway up from the ground using duct tape to keep them in place. The squirrels were forced to stay on the ground and behave for a day or so. Then they learned that they could jump over the bottles and go on up the post with no problem. They even learned to hold onto the bottles with their sharp little claws as they passed over them.
(3) Making the posts slippery. Someone else suggested smearing petroleum jelly on the posts making them slippery for the squirrels. This would keep them from getting enough traction to climb up to the feeder at the top of the post. Our little rascals learned to tackle the posts with their little legs pumping away at about a hundred miles per hour. With this extra effort and perseverance, they learned to get to the top anyway. There must be a lesson on perseverance in this somewhere.
(4) Putting Slinky toys on the posts. Another suggestion was to buy children’s slinky toys and drape them down over the post from the feeder. We bought the toys and hung them as directed. This worked for a day or two. Then the little animals learned that they could jump higher and go on up the post in spite of the Slinky toy hanging around them and banging them on their little bodies. Does anyone need any Slinky toys? I have two that have hardly been used.
(5) “Squirrel proof” bird feeders. The best solution is to buy metal squirrel proof bird feeders. Squirrels can chew through wood and plastic, but metal usually deters them. We had a plastic “squirrel proof” feeder that the squirrels basically destroyed by chewing and clawing at it constantly.
The biggest problem with “squirrel proof” feeders is the squirrels don’t know that they are “squirrel proof..” Therefore they mount a strong offensive effort as long as they see the bird seed in the feeder. One of our “pets” even got inside a bird feeder with the bird seed after lifting the lid and twisting and turning his body in numerous odd positions.
So, I think a good strong metal “squirrel proof” feeder is a good choice. You can feed the “birdies” and protect the birdseed from the squirrels all at the same time. If I had bought a good strong metal “squirrel proof” feeder at the beginning, I would not have had so much trouble with the squirrels. But then who knows? Maybe I would not have had as much fun and entertainment or learned so much about those “dumb little” squirrels either.
Posted by Allen Pearson at 4:23 PM 1 comment: